Dubai: The Emirate of Sheikhs, Skyscrapers and Desert Safaris

Dubai is both- one of the 7 emirates in UAE and the most populous city in the country. However, when we say Dubai, we are generally referring to the city and not the emirate. The city is known for its towering skyscrapers, including Burj Khalifa, the world's tallest building. It is one of the most popular luxury tourist destinations in the world. The city has the second-most five-star hotels globally. It boasts of a luxury lifestyle that not many can afford to maintain.

The city is located in the eastern part of the Arabian Peninsula on the Persian Gulf coast. It is a major transport hub and one of the busiest cities in Western Asia. Everything in Dubai is either about business or luxuries.

How to Reach Dubai?

According to the statistics from 2019, Dubai was the fourth busiest airport in the world. When all major airports were shut in 2020 amid the pandemic, Dubai acted as a major transport hub for passengers traveling to and from Asia to Europe and America. It is well-connected through the air by all major cities globally, including New Delhi and Mumbai. It takes a flight of 3 to 4 hours to reach Dubai from India. Most of these are non-stop flights, and almost all the major air carriers operate flights between India and Dubai.

The population of Dubai is over 3,400,800, which is the highest in the emirate. While UAE is an oil-based economy, oil production's contribution to Dubai's GDP is just 1 percent. It is a successful example of the country's government to diversify its economy away from oil. Dubai has transformed into a global business hub in the 21st century, and it is only going to get bigger. The economy of the emirate largely relies on trade, tourism, aviation, and real estate. Apart from that, the casinos and bars' culture also flourishes in the city that attracts rich and super-rich people from different parts of the world to the city.

Dubai is believed to have been established as a fishing village in the early 18th century that eventually evolved into a town. The population of the settlement increased. The town was inhabited by the people of Bani Yas and came under Sheikh Tahnun bin Shakhbut. 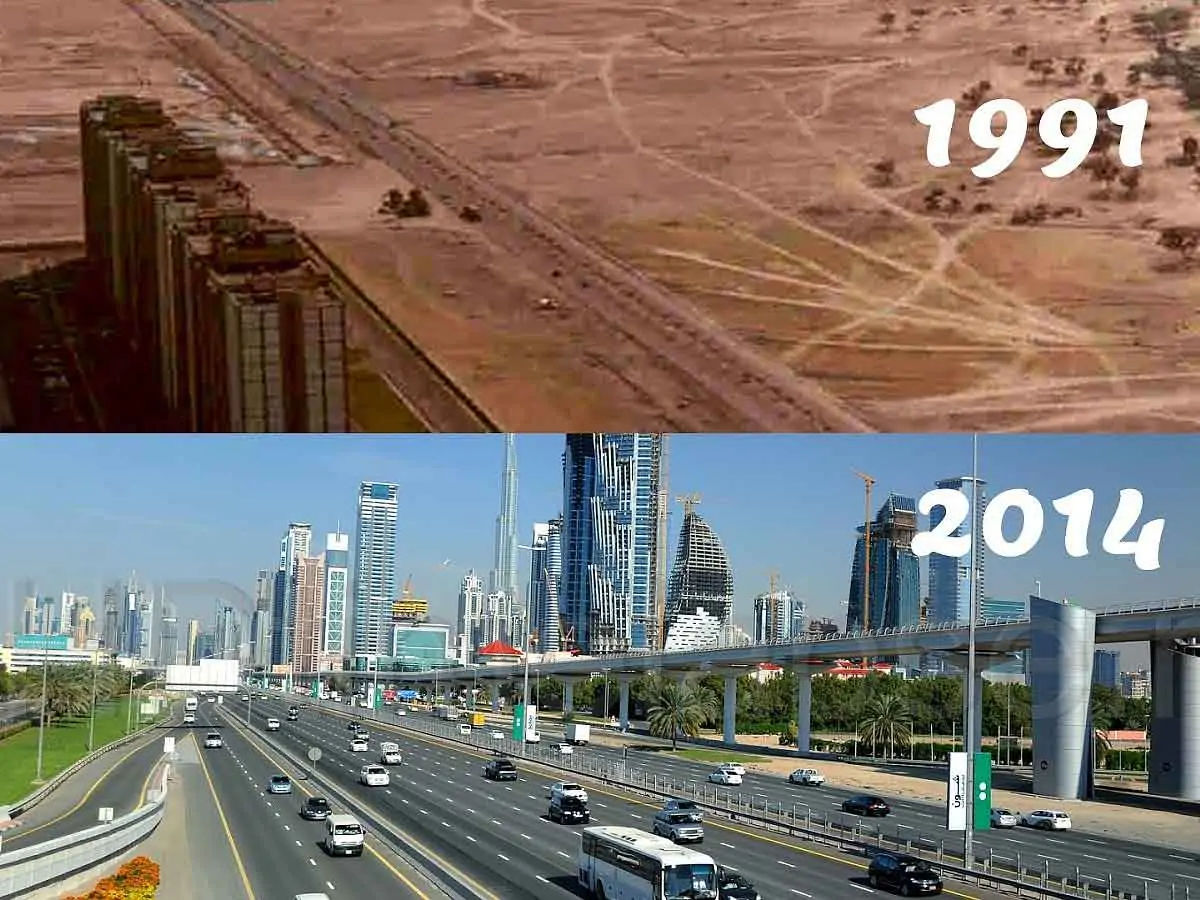 It was established as a free port in 1901, but the 'great storm' of 1908 affected it heavily. It slowly evolved into an oil-rich economy after a battle with Abu Dhabi. Fortunes of the emirate turned only after it evolved as an oil-rich economy and generated colossal revenue. This fuelled large-scale construction and industrialization in the city. It eventually evolved into one of the busiest modern-day cities.

It is also a major employment hub, and laborers and engineers from the Middle East and Asia travel to the emirate in huge numbers for work.

Places To Explore In Dubai:

Dubai is also a major tourist attraction that attracts tourists from all parts of the world. It is a major destination for activities like desert safaris and off-roading on ATVs. 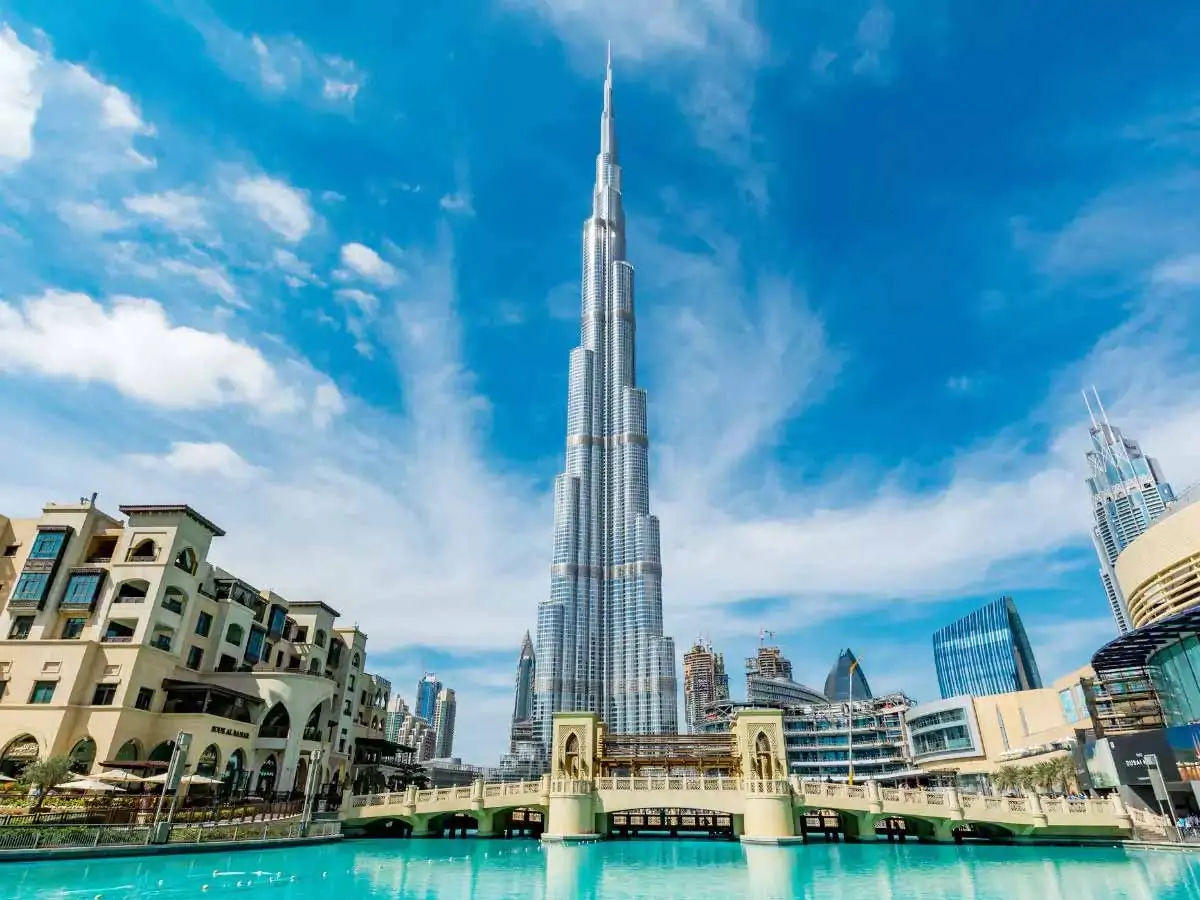 Burj Khalifa is the undeniable destination to visit when you enter Dubai. Standing tall at the height of a staggering 829 meters, it is the tallest building in the world since 2009. The building has 163 floors that can be climbed using any of the 57 elevators. The construction of the building started in 2004 and was completed in 2009. 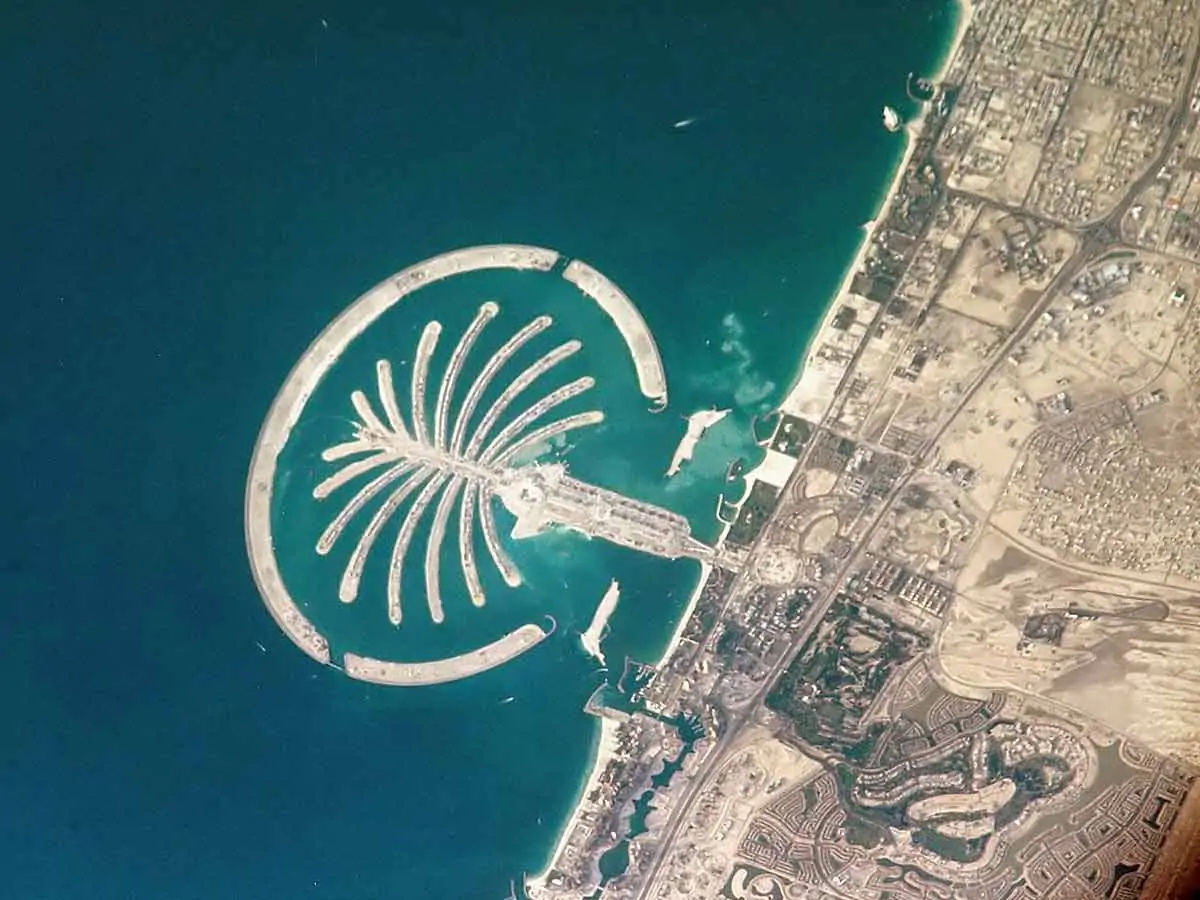 Your Dubai visit can't be complete without catching a glimpse of the mighty Palm Jumeirah. The artificial archipelago has been created in a palm tree's shape. Each of the branches has luxury hotels and residences over them. Watching the sunset on a rented yacht is one of the things you can enjoy in Palm Jumeirah.

Enjoying at the refreshing water parks: 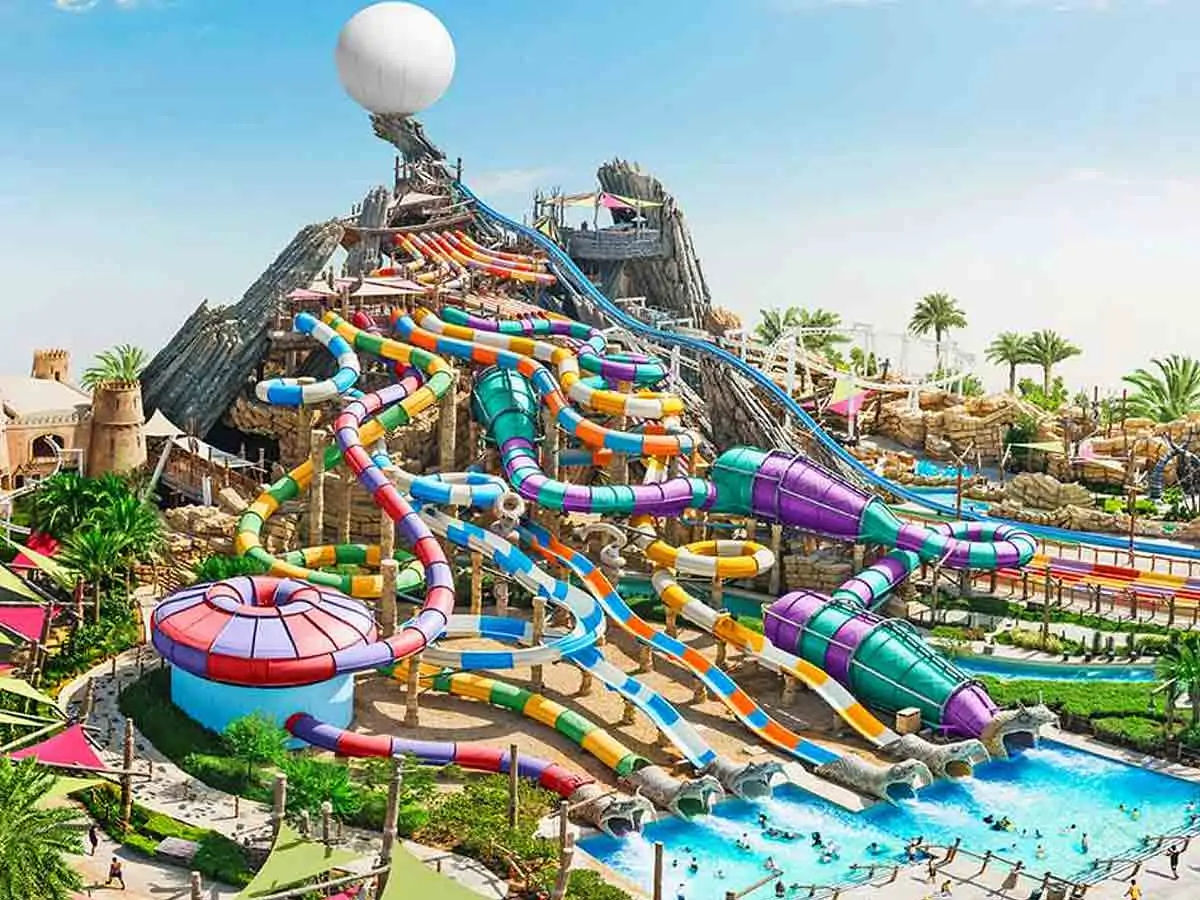 Dubai is also known for its adventure parks and water parks. The best of them are based in Atlantis resort. The Lost Chambers Aquarium here has more than 65,000 marine animals, including Dolphins. Aquaventure Waterpark is among the best waterparks in the city. It is an ideal spot for family vacations. 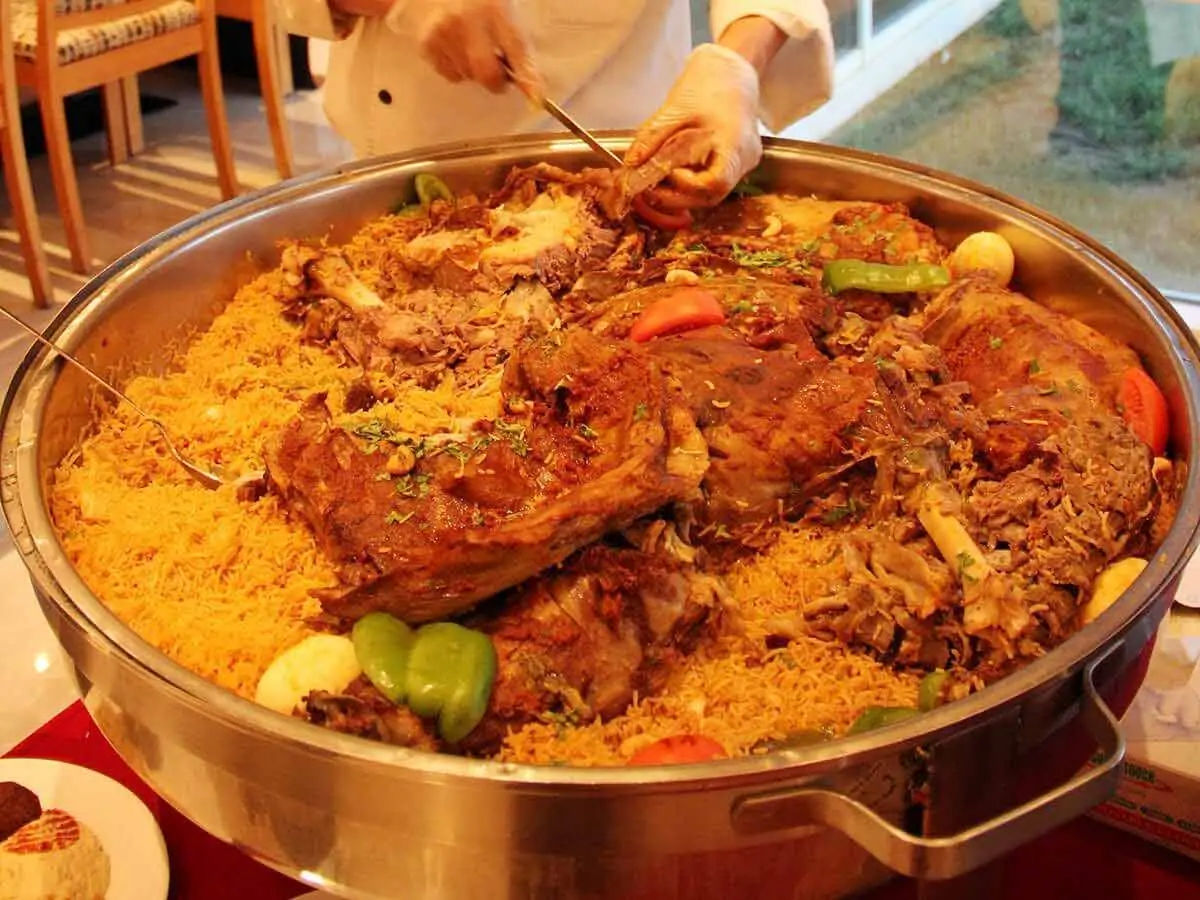 No visit to Dubai is complete without trying the variety of local dishes that have Middle Eastern and Asian influence. From Biryani to Kheer, you can find traditional Indian dishes at numerous Indian and Pakistani restaurants there. There is a huge population of Indians and Pakistanis in Dubai.

Also read, How about brunch atop a glass bridge 150 meters high? 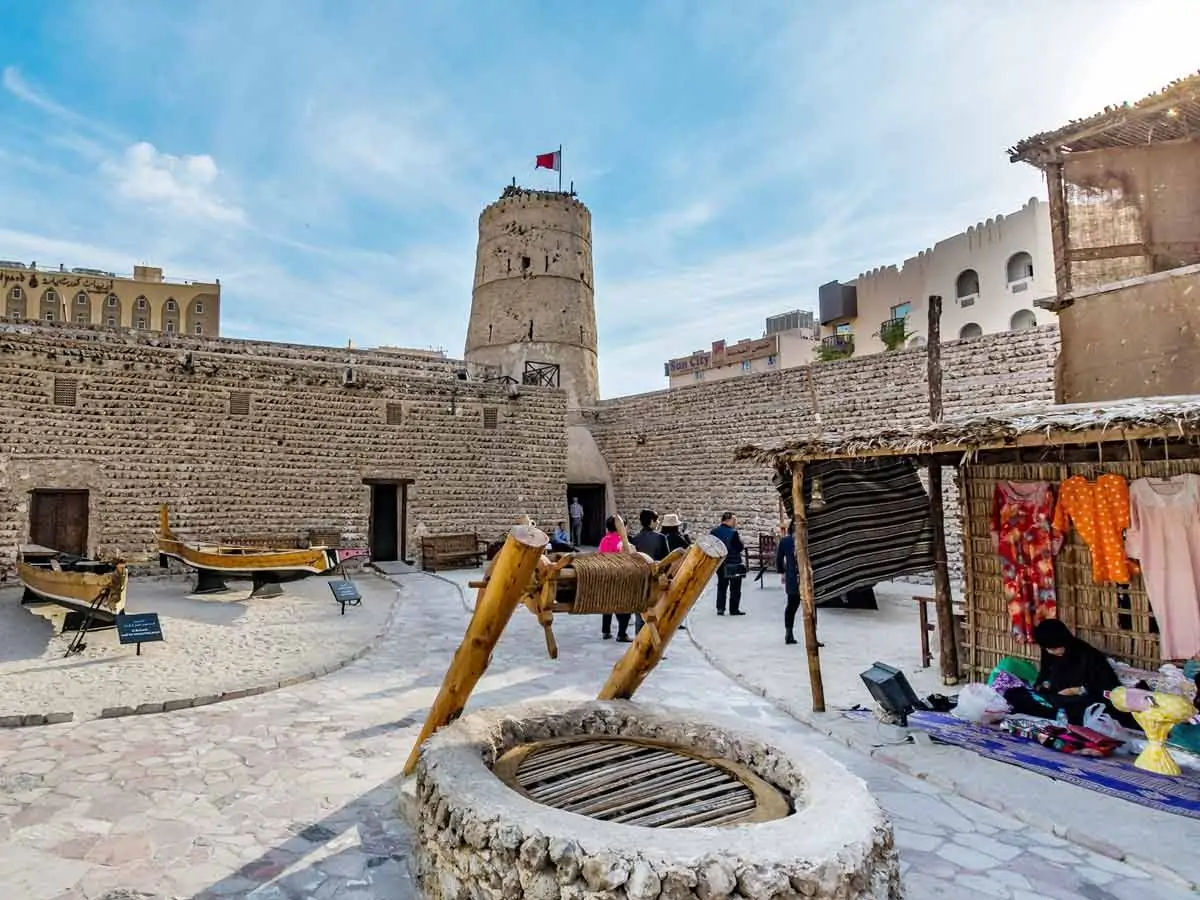 Suppose you want to know more about the history of the magnificent city. In that case, a visit to the nearby Dubai Museum isn't a bad idea at all. It is located at Al Fahidi Street and remains open from Saturday to Thursday between 8:30 am and 8:30 pm. On Friday, the museum is open from 2:30 pm to 8:30 pm. It is the perfect place to know about the origin and history of the emirate. The museum is in the Al Fahidi Fort, which is believed to be the oldest building in Dubai.