From 1799 to 1804, he was the de facto leader of the French Republic as First Consul. He was Emperor of France as Napoleon I from 1804 until 1814, then again in 1815. During the Napoleonic Wars, Napoleon controlled European and global events for more than a decade while leading France against a series of alliances. He won most of his engagements and most of his conflicts, establishing a massive empire that dominated continental Europe until its final collapse in 1815. 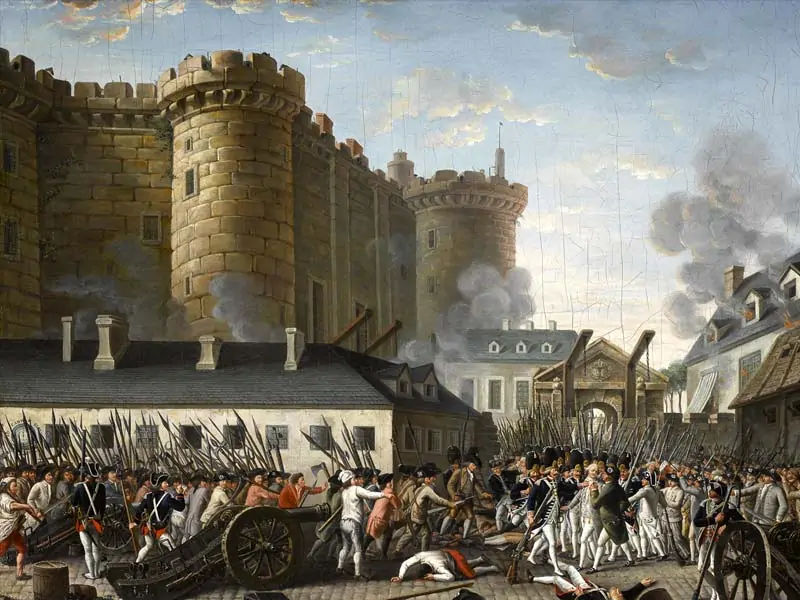 Three years after the Revolution began, France had declared a republic in 1792. King Louis XVI was executed the following year. Ultimately, these activities resulted in the establishment of Maximilien de Robespierre and what became, basically, the Committee of Public Safety's tyranny.

1793 and 1794 were remembered as the Reign of Terror, with up to 40,000 people slaughtered. The Jacobins eventually lost power, and Robespierre was executed. The Directory (the French Revolutionary administration) assumed control of the country in 1795, a position it would hold until 1799. 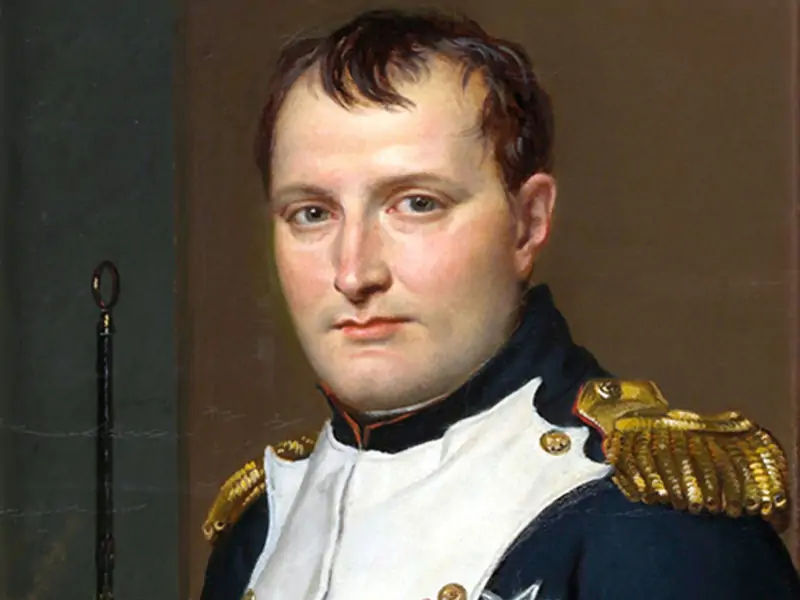 Napoleon Bonaparte was born at Ajaccio, on the Mediterranean island of Corsica, on August 15, 1769. He was the second of eight remaining children born to Carlo Buonaparte (Father), a lawyer, and Letizia Romalino Buonaparte (Mother). Even though his parents were parts of the tiny Corsican nobility, the family was not privileged and Wealthy. The year before Napoleon's arrival, France seized Corsica from the Italian city-state of Genoa. Napoleon later chose a French spelling of his surname.

Napoleon attended school on the continent of France as a child, where he mastered the French language and later graduated from a French military institution in 1785. He was afterwards promoted to the second lieutenant in a French army artillery regiment. The French Revolution began in 1789, and within three years, revolutionaries had deposed the monarchy and declared France a republic. During the prior years of the Revolution, Napoleon spent much of his time away from the military and at home in Corsica, where he became involved with the Jacobins, a pro-democracy political organization. Following a conflict with the nationalist Corsican governor, Pasquale Paoli, in 1793, The Bonaparte family evacuated their native island for mainland France, where Napoleon resumed military service. 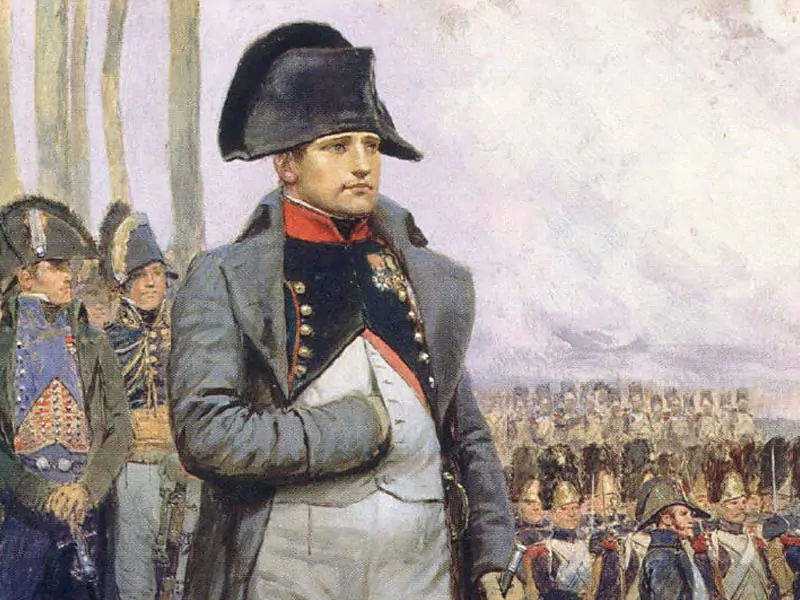 After falling out of kindness with Robespierre, Napoleon re-entered the Directory's good graces in 1795, when he protected the government from counter-revolutionary forces.

Napoleon was quickly appointed commander of the Army of the Interior as a result of his efforts. In addition, he was a trusted military advisor to the Director.

Napoleon acquired command of the Army of Italy in 1796, a position he had long desired. The youthful military commander quickly turned around the army, which was only 30,000 strong, unhappy, and underfed.

Under his command, the resurrected army won multiple decisive battles against the Austrians, considerably enlarged the French empire, and put an end to an internal threat posed by royalists seeking to restore France to monarchy. All of these victories contributed to Napoleon's status as the military's brightest star. 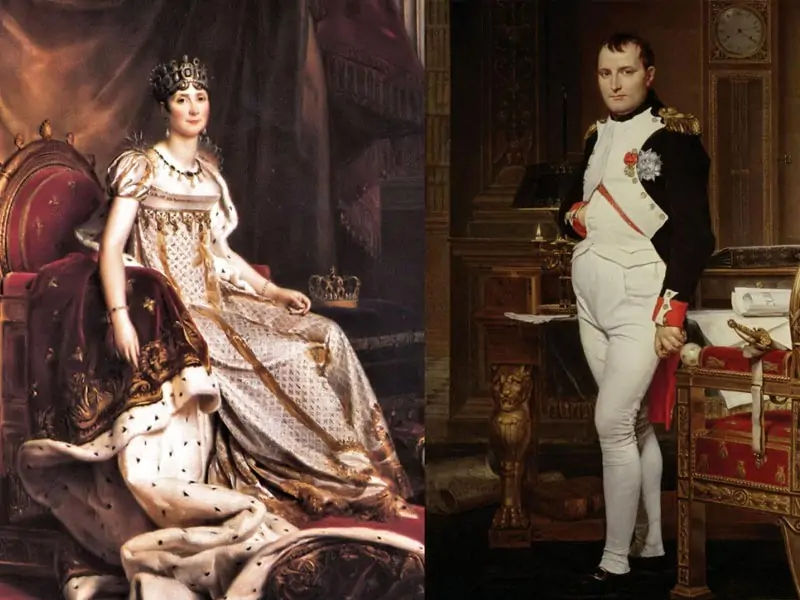 Napoleon married Josephine de Beauharnais (1763-1814), a fashionable widow six years older with two adolescent children, in 1796. More than a decade later, in 1809, after Napoleon had no children with Empress Josephine, they had their marriage dissolved so that he could find a new wife and bear children. In 1810, he married Marie Louise (1791-1847), the Emperor of Austria's daughter. The following year, she gave birth to their son, Napoleon François Joseph Charles Bonaparte (1811-1832). He later became known as Napoleon II and was crowned King of Rome. Napoleon had multiple illegitimate offspring in addition to his son with Marie Louise. 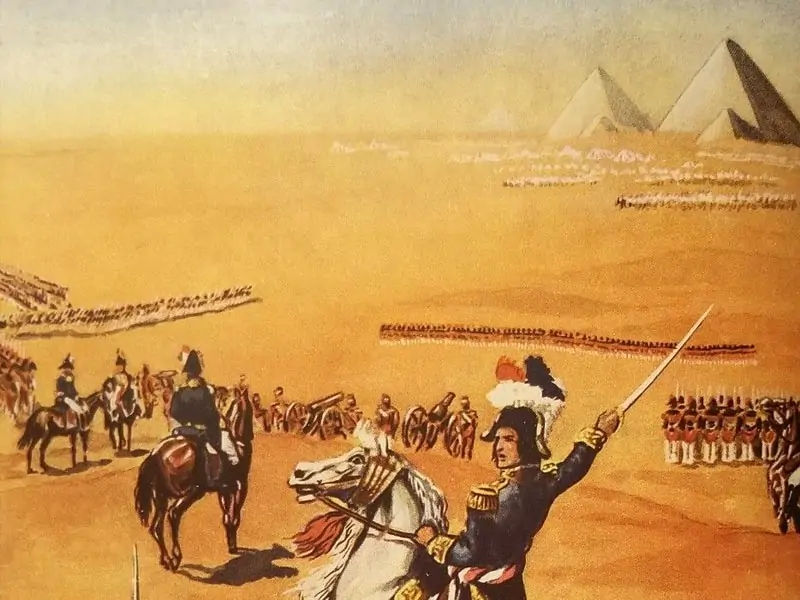 Napoleon and his army arrived in the Middle East on July 1, 1798, to undermine the British empire by conquering Egypt and interrupting English trade links to India.

But his military campaign was a disaster: Admiral Horatio Nelson's fleet devastated Napoleon's forces in the Battle of the Nile on August 1, 1798.

The loss wounded Napoleon's and France's image. In a show of fresh confidence against the commander, Britain, Austria, Russia, and Turkey established a new coalition against France.

French soldiers were beaten in Italy in 1799, forcing France to cede much of the peninsula. Napoleon returned to France in October, where he was hailed as a popular political commander.

The coup of 18 Brumaire

Following his return to France in 1799, Napoleon took part in the Coup of 18 Brumaire, a bloodless coup d'etat that overturned the French Directory.

After a series of political and military manoeuvrings engineered largely by Napoleon's brother Lucien Bonaparte, the Directory was replaced by a three-member consulate.

Napoleon's position as the first consul was solidified by this military victory. Furthermore, in 1802, the war-weary British agreed to peace with the French under the Treaty of Amiens (although the peace would only last for a year). 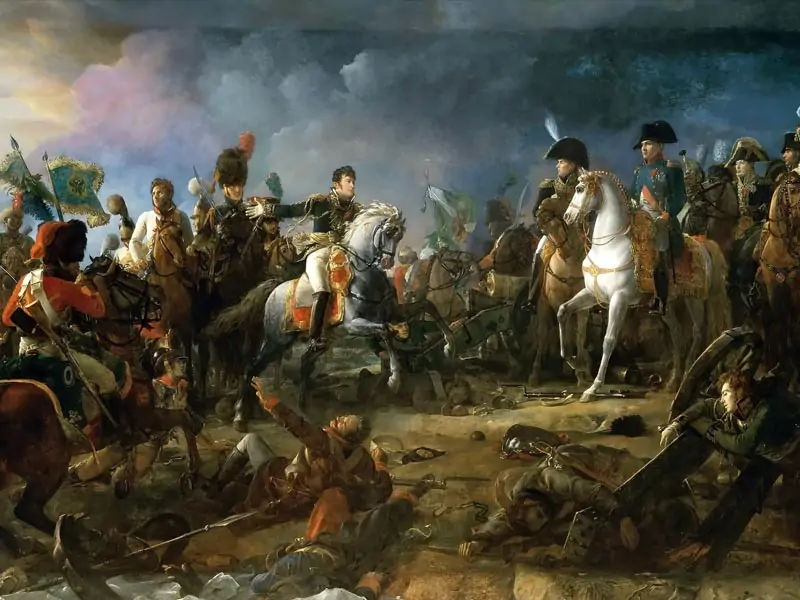 The Napoleonic Hostilities were a series of European wars that lasted from 1803 to 1815, following Napoleon's second resignation of power.

France sold the North American Louisiana Territory to the United States for $15 million in 1803 to generate funding for the war in a deal known as the Louisiana Purchase. Napoleon then resumed hostilities with Britain, Russia, and Austria.

At the Battle of Trafalgar in 1805, the British scored a significant naval victory over France, prompting Napoleon to abandon his intentions to invade England. Instead, he targeted Austria and Russia, defeating both militaries in the Battle of Austerlitz.

Other successes quickly followed, allowing Napoleon to dramatically expand the French empire and pave the way for his government loyalists to be established in Holland, Italy, Naples, Sweden, Spain, and Westphalia.

On March 21, 1804, Napoleon established the Napoleonic Code, often known as the French Civil Code, which is still in use today.

The Napoleonic Code prohibited birth privileges allowed religious freedom. They specified that government employees should be awarded to the most competent. The terms of the law serve as the foundation for many other countries' civil codes in Europe and North America.

The Napoleonic Code was enacted in response to Napoleon's new constitution, which established the first consul. This position amounted to nothing less than a dictatorship. Following the French Revolution, instability persisted in France; in June 1799, a coup resulted in the Jacobins, a left-wing extremist faction, seizing control of the Directory.

Working with one of the new directors, Emmanuel Sieyes, Napoleon devised plans for a second coup that would place the two, together with Pierre-Roger Ducos, at the helm of the Consulate, a new administration.

The first consul was given the authority to designate ministers, generals, public workers, magistrates, and even legislative bodies under the new standards. Of course, Napoleon would be the one to carry out the duties of the first consul. The new constitution was quickly accepted in February 1800.

Napoleon directed his changes to the country's economy, judicial system, education, and the Church, as he restored Roman Catholicism as the state religion. He also secured a European peace that lasted only three years until the Napoleonic Wars began. 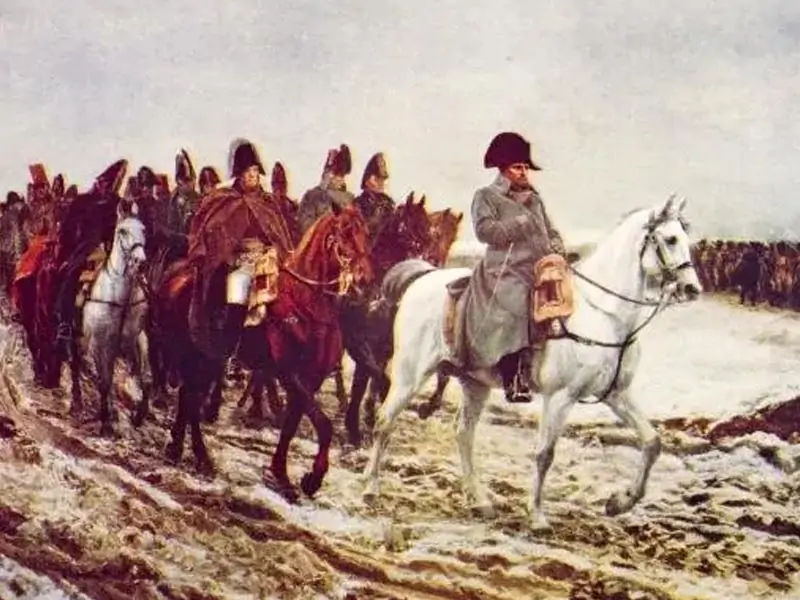 In 1812, France was horrified when Napoleon's Russian war was a colossal failure - and the beginning of Napoleon's demise.

Hundreds of thousands of soldiers in Napoleon's Grand Army were slain or severely wounded: only 10,000 soldiers remained fit for action out of an initial fighting force of 600,000 men.

The news of Napoleon's defeat energized his foes both inside and outside of France. While Napoleon led his march into Russia, a failed coup attempt occurred. The British began to push across French territory.

Napoleon surrendered to coalition armies on March 30, 1814, as international pressure mounted and his administration lacked the money to fight back.

Napoleon was compelled to cede power on April 6, 1814, and went into exile on the island of Elba in the Mediterranean Sea off the coast of Italy. His exile was short-lived, as he saw France stagger along without him.

But the euphoria that greeted Napoleon's return to power soon gave way to old disappointments and misgivings about his leadership.

The town of Waterloo

Napoleon led French troops into Belgium and destroyed the Prussians on June 16, 1815; two days later, he was beaten by the British, who were reinforced by Prussian warriors, at the Battle of Waterloo.

It was a crushing defeat, and Napoleon abdicated on June 22, 1815. In an attempt to extend his dynasty, he campaigned for his infant son, Napoleon II, to be declared Emperor, but the coalition refused the request.

Fearing a replay of Napoleon's earlier return from exile on Elba, the British authorities banished him to the distant island of St. Helena in the southern Atlantic after his abdication in 1815.

Napoleon was mostly free to do as he liked in his new residence. He had lazy mornings, wrote frequently, and read extensively. But the monotony of life eventually got to him, and he often walled himself away inside.

The End of life

Napoleon died on the island of St. Helena on May 5, 1821, at the age of 51. Napoleon's health had deteriorated by 1817, and he displayed early signs of a stomach ulcer or even cancer.

In early 1821, he was bedridden and weakening by the day. In April of that year, he wrote his final will and testament, saying, "I wish my ashes to lie on the banks of the Seine, amid that French person which I have loved so dearly." I am assassinated by the English elite and its paid assassins before my time.