Pataleshwar Caves: A Masterpiece Carved in Out of Stone

The wonderous and beautiful creation, Pataleshwar, is carved out from a single stone and is located in the heart of the city, Pune. The magnificent monolithic creation, Pataleshwar caves, attracts several devotees. The cave is a treat for the eyes. It is considered sacred and of great religious importance by the Hindus due to the presence of the Pataleshwar temple. The miniatures and carvings on the wall of the caves grab the attention of all.

The positive ambiance and the serenity of the atmosphere help a lot in calming the mind and soothes the heart. The Pataleshwar caves serve the best when you spend a moment sitting in the corner and find yourself connected with the almighty. The heavenly experience will not let you move from there. So, next time when you visit Pune, don’t miss out on this masterpiece of nature. 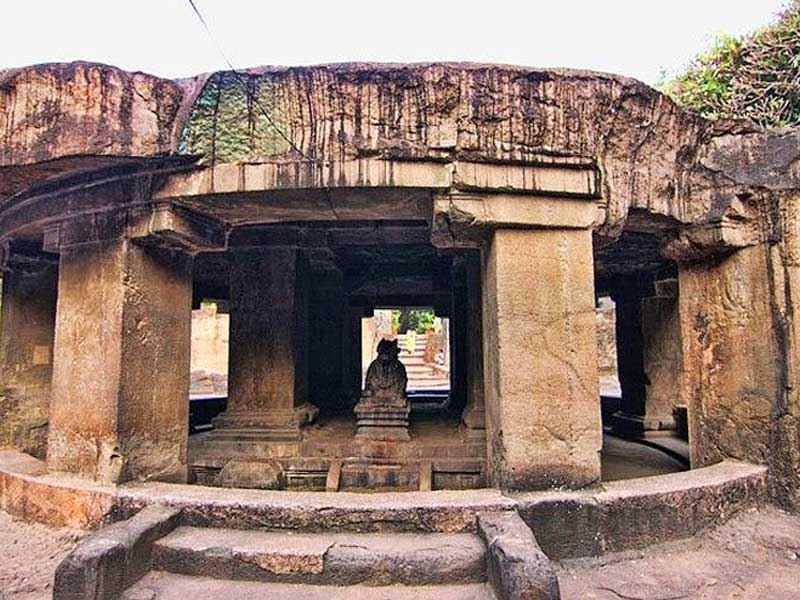 As magnificent as the Pataleshwar cave is, so is its history. The cave is dedicated to Lord Pataleshwar, which is a name dedicated to Lord Shiva. The denotation of the ‘Patal’ is the underworld, and the denotation of ‘Ishwar’ is Lord. In the cave's temple, the deity of Lord Shiva and Nandi can be found, which to has been created with the excavated monolithic rock during the 8th century in the reign of the ‘Rashtrakuta Dynasty. The other names of the temples are Panchaleshwar and Bhamburde Temple.

The temple inside the caves has seating arrangements for the visitors. Everything in the cave is designed with utmost perfection. Entering the caves, it feels like we have entered another world. The grandeur, the serenity, and the carvings make it a different and unique place that doesn’t even feel like a cave. 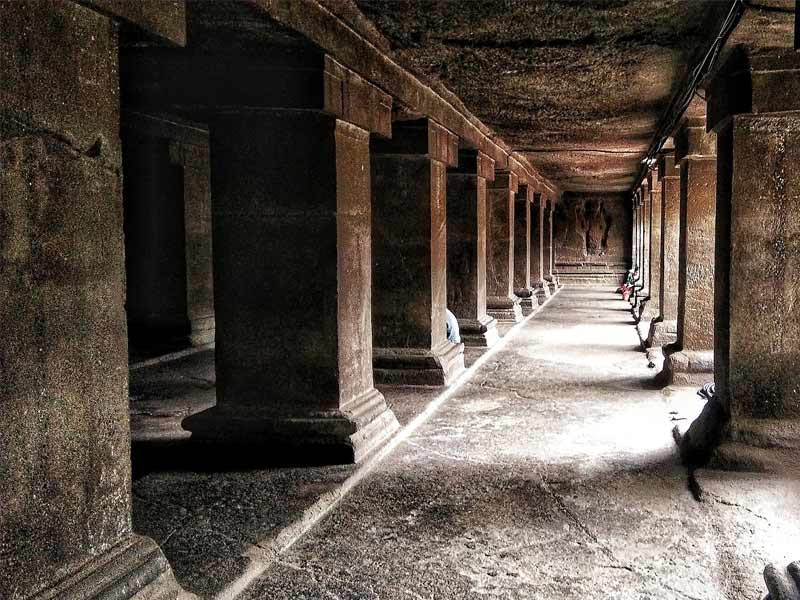 The whole cave is special on its own. The cave's beauty lies in its finely carved pillars, rotunda roof, and giant circular stones. Another specimen of the intricate and fine craftsmanship in Pataleshwar caves is Nandi and Mandapa sitting beneath the roof. Even the sound produced by the bells is also unique. One can easily find the similarities between the Elephanta caves and Pataleshwar caves.

Besides the carvings on the black rock of the temples, the other specialty that grabs all our attention is the use of the grain of rice. The grain which is kept inside the museum of the Pataleshwar caves has 5000 letters inscribed on it and has also been named in the Guinness Book of Record. The other specialties of the cave lie in the idols of other Hindu gods such as Ram, Sita, Lakshman, Ganesh, and Lakshmi.

HOW TO REACH PATALESHWAR CAVES

Pune Railway station is the nearest railhead from the Pataleshwar Cave Temple. From there, you can book a cab or taxi from Wellesley Road and reach the Junglee Maharaj temple. Buses and autos are also available from the railway station.

Pune has great connectivity with almost most of the cities in North and Central India. Mumbai is 147 kilometers, and Nashik is about 208 kilometers. So, you can also drive to Pune and visit Pataleshwar caves.

NEARBY PLACES OF PATALESHWAR CAVES TO VISIT

If you are in Pune city and have wrapped up your, then there are a couple of more things you can consider visiting.

Raja Dinkar Kelkar Museum is one of the best places to visit near Pataleshwar caves. The museum is decorated with so many mesmerizing items. The museum offers a glimpse of some amazing historical statues, paintings, musical instruments, and so on. All these items date back hundreds of years, retaining historical value.

One of the best places to visit Pataleshwar caves to experience one of the best sunsets. The place serves as the perfect relaxation point. The dam is encapsulated in the destiny of flourishing tropics and sparkling.

How can any trip be complete without shopping? So if you are wrapped with your visit to Pataleshwar caves, then shop from the Lakshmi market. Here you can get everything you want garments, ornaments, memorabilia and so on. There are so many stores and options available for visitors.