Exactly 10 years back from now, the dream of over a billion Indians came into reality at Mumbai's Wankhede. Those who witnessed MS Dhoni's swashbuckling off Nuwan Kulasekara's delivery can consider themselves lucky. It was the end of a 28-year long drought. It was Sachin Tendulkar's last World Cup. "We have to win this. We've to win this one for him," said the boys, and the mission was on.

It started nearly 2 months before the final on February 19, 2011, in Dhaka. While India was hosting the World Cup, some of the matches were also played in Bangladesh and Sri Lanka.

The first match of the ICC 2011 World Cup was played between India and Bangladesh in Dhaka on February 19, 2011. The victory was the need of the hour for India to start the campaign on a positive note. While Bangladesh was not the favorite in the tournament, they had the home advantage. 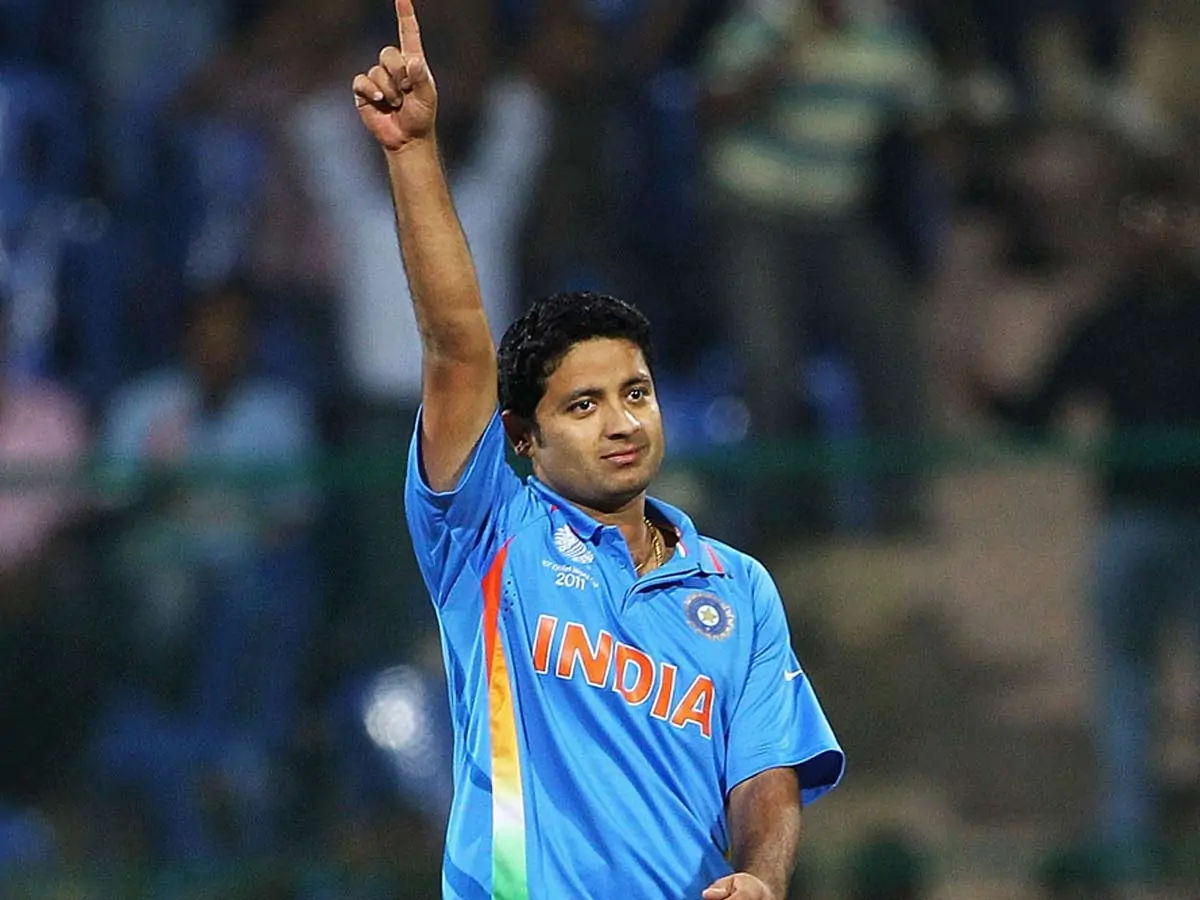 This would've appeared like an easy game for India, but those who have a keen interest in rivalries would know the match's importance. Bangladesh put India's World Cup 2007 journey to a disdainful end, and the men in blue had revenge in their find. When Sehwag came out to bat along with Sachin Ramesh Tendulkar, the tournament's biggest face, a blockbuster opening was expected. But what Bangladesh faced that day was worse than their worst nightmare. Sehwag just exploded, and the whole Bangladeshi side was blown away by his ruthless shot-making. With 14 boundaries and 5 sixes, Sehwag went on to score 175. Another highlight of the match was the young and flamboyant Virat Kohli, who had already started walking on the path of his idol, Sachin Tendulkar. '

Virat scored a century as well, and India finished at a mammoth score of 370/4. The thoughts of Bangladeshi fans were blown away by India batting, and the rest was just a formality. Bangladeshi batters tried their best to attack Indian bowlers, but the men in blue were too good for them. India won the first match of the league stage by 87 runs. Munaf Patel bagged 4 wickets in the match.

India was in Group B of the World Cup pool and Bangladesh, Sri Lanka, England, South Africa, West Indies, Ireland, and the Netherlands. They had to play against every other team in their pool in the league stage of the tournament.

India played their second match on the league stage against a very competitive English side. Sachin and Sehwag opened in their usual style, and India was off to a quick start. However, Sehwag fell for 35, and it all came to Sachin's shoulders. It was 'cometh the hour cometh the man' kinda match as Sachin rose to the occasion and smashed a stylish century. He scored 120 runs from 115 balls with the help of 10 boundaries and 5 sixes. He got steady support from Gautam Gambhir, who scored 51. The hero of the tournament, Yuvraj Singh, also scored a quick fifty while MS Dhoni added 31 runs. India finished as 338 all out, and everyone thought that India had the game in their grab.

However, Andrew Strauss had other plans. The left-handed batsman smashed 158 runs and gave his side an explosive start. Kevin Pietersen and Ian Bell also played magnificently. Pietersen scored 31 while Bell scored 69. Despite this extraordinary counter-attack, England couldn't cross the line, and the nail-biting encounter ended in a tie. The following two matches of India were against Ireland and Netherlands. As expected, they registered comfortable victories in both matches. Three wins and a tie helped India remain at the top in the rankings table of Group B. The next big game was against the very dangerous South African side.

South Africa had lost to England while India tied the match against England, so this was a very tight contest. The magic of Sehwag and Sachin continued in this match as well. While Sehwag scored a quick-fired 73, Sachin smashed another century. The master blaster scored 111 runs off 101 balls. Gautam Gambhir hit a half-century too. Despite the top 3 out once again, India was restricted to 296 all out as the middle order collapsed.

The star-studded team of South Africa chased down the target with two deliveries to spare, and the men in blue were handed their first defeat in the tournament.

Next, India played West Indies and defeated them convincingly with the help of Yuvraj Singh's 111. He also picked up two wickets in the match while Zaheer Khan picked 3. India dominated the W.Indies by 80 runs and entered the quarterfinals, where they were to play against Australia.

India and Australia clashed in the tournament's second quarterfinal. Every game was an eliminator from here. Australia batted first in the match and handed India a target of 261 runs with Ricky Ponting's century and Brad Haddin's 53. 261 was not a huge target as far as the tournament standards are concerned, it was a high voltage clash, and Australia's penetrative bowling was the real challenge. 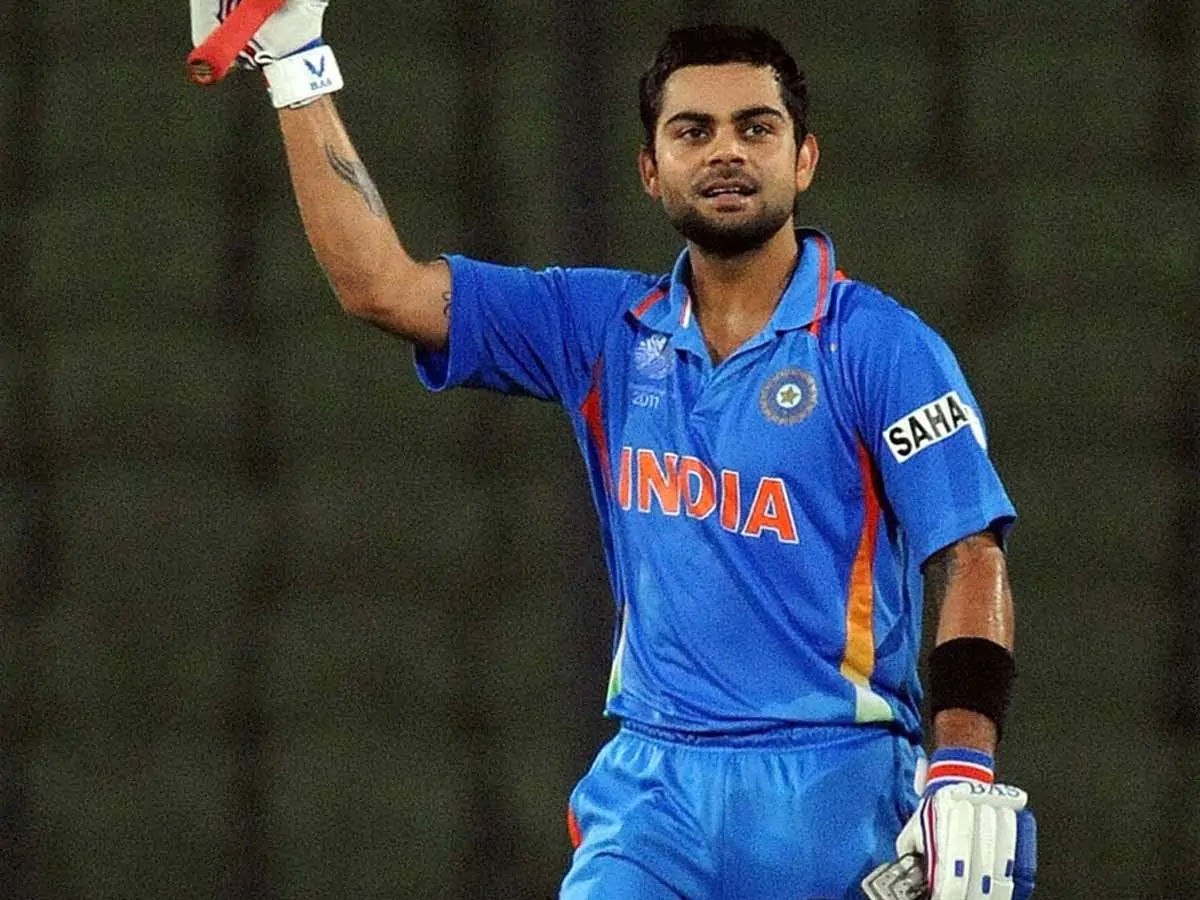 The pair of Sachin-Sehwag came out to chase the target, but Sehwag was sent back by Shane Watson when he was playing at 15. Sachin and Gambhir built their innings with smart running and boundaries. Still, both of them departed after scoring their half-centuries. India was still halfway down. The responsibility once again fell onto the shoulders of skipper MS Dhoni and Yuvraj Singh. But Dhoni didn't need to do much as Virat's handy 24-run inning and Yuvi's stylish half-century took India home. Aussies were belted and bruised, and the Singh from Punjab was shining.

India won the match by 5 wickets with 14 balls to spare, and they were just two steps away from getting their hands on the shining trophy of the world cup.

If one had to divide India's World Cup campaign into two parts, they would certainly keep India's match against Pakistan in the second part. While Pakistan had never won against India in a World Cup, the hearts of Indian fans were pounding as if they were about to come out. Such was the excitement and nervousness ahead of the game. Pakistan had absolutely decimated Windies with a 10 wicket win, and India vs. Pak match was set to be the tournament's biggest encounter.

As the commentators said, "This isn't the final, but this isn't any less than the final either." An India vs. Pakistan World Cup Match is probably bigger than the FIFA World Cup. The two arch-rivals came head to head on March 30, 2011, in Chandigarh, and the temperature went soaring. It was all about biting nails and pulling hair in the crowd as India came out to bat first. Umar Gul was the best bowler of the tournament till then, but Sehwag literally toyed with his line and length. While Sehwag fell after scoring a quick 38, India was off to a flyer, and Gul and co struggled to find the right line and length throughout.

The difference was once again Sachin Ramesh Tendulkar, who scored a gritty 85 and got steady support from Gambhir, Dhoni, and Raina. Harbhajan also added some valuable runs. Despite all these efforts, India managed to get to just 260/9, which was not a great score. Pakistani fans would've thought that it was doable, but Pakistan was not playing just on the field. They played in their heads as well, and the memories of failure against India in past World Cups came back to haunt them once again. Mohammed Hafeez and Misbah tried to do the unthinkable, but it was a team performance by Indian bowlers.

Each of the 5 bowlers, including Yuvraj, got 2 wickets, and the neighbors were bundled for 231. It was happening. The dream that over a billion Indians saw was just one step away. Sri Lanka had defeated New Zealand in the first Semifinals. The final was to be played between Indian and Sri Lanka. Sri Lanka won the toss and elected to bat first. The emotions were at their peak when both sides lined up for their national anthems. Before nerves could settle, Sri Lanka had lost their first opener Upul Tharanga.

It was now up to Tillakaratne Dilshan and Kumar Sangakkara to build the innings, and they did the task quite well. Dilshan fell for 33 after a steady partnership with Sangakkara, but the big runs came from the Bat of Mahela Jayawardene. Mahela scored 103 runs. With the help of hand cameos by Kulasekara and Thisara Perera, Sri Lanka set a challenging target of 275 for India.

While India fans were catching their breath before they could restart the deafening roar, India's star opener Virender Sehwag fell for a duck. Pin drop silence! Just when it appeared like Sachin and Gautam Gambhir were settled, a lethal delivery from Malinga sent Sachin back to the pavilion. There was absolute silence not only in the stadium but the entire Mumbai, entire India.

Everything came to a standstill. Then came the star youngster Virat Kohli and he built a helpful partnership with Gambhir. Virat fell to a spectacular catch by Dilshan when he was at 35. While fans were waiting for Yuvraj to come out and do what he did in the rest of the tournament, they were shocked to see the Indian skipper MS Dhoni coming in to bat.

Dhoni's performance with the bat had been pretty ordinary, and that's why his decision to come before Yuvi baffled many. Nevertheless, Dhoni looked very composed that day as he started to steal quick singles and doubles with Gambhir, who was extraordinary with the bat as well. The occasional boundaries were taking off the pressure, and Sri Lankans soon started leaking runs.

Dhoni later revealed that he came ahead of Yuvraj as the latter faced difficulty while playing Muralitharan.

Gautam Gambhir fell after a gritty masterclass of 97 in an attempt to up the ante. When Yuvraj joined Dhoni on the crease, the Indian Captain was on song and found gaps very easily. The loud chants of Vande Mataram were echoing all across the ground, and it was impossible to hear anything else. 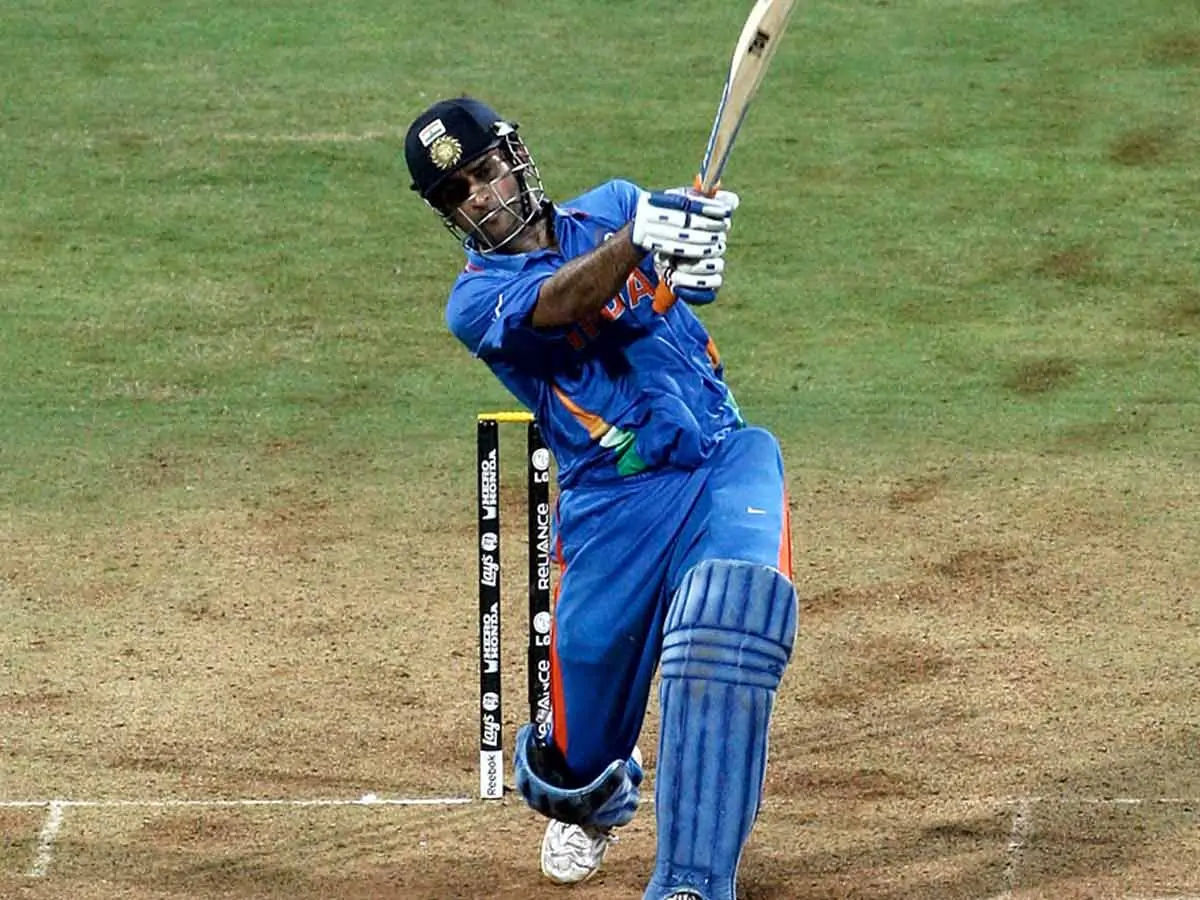 It all came down to 4 runs in 11 balls. Nuwan Kulasekara took his start and bowled a fuller length delivery. Dhoni swung hard and swirled his bat like an axe even before the ball could clear the boundary. "Dhoniiiiiiiiiii……….finishes off in style…..a magnificent strike into the crowd…..India lifts the world cup after 28 years….the party starts in the dressing room…and it's the Indian Captain who has been absolutely magnificent in the night of the final," Ravi Shastri roared from the commentary box.

That was it. The boy from Ranchi had done it for India after 28 years. India were World Champions.

"The pressure had got to me in the previous games. In this game, I wanted to bat up the order, and Gary backed me. I had a point to prove to myself," said Dhoni before grabbing the shining trophy and handing it over to the team.

What followed next was tears, roars, and laughter. They were tears of joy, tears of satisfaction, gratitude, and relief. There was a flood of Tricolor. The next moment, Sachin Ramesh Tendulkar was on the shoulders of his teammates. From Virat to Raina, every player showed their respect to the greatest batsman on the planet.

"He has carried Indian cricket on his shoulders for 22 years. Now, it's our turn," said Virat. The team took several laps of the ground while thanking the crowd, who reciprocated with huge cheer and roar. That was the day history created. From cities to villages, it was celebrated in every corner of the country. 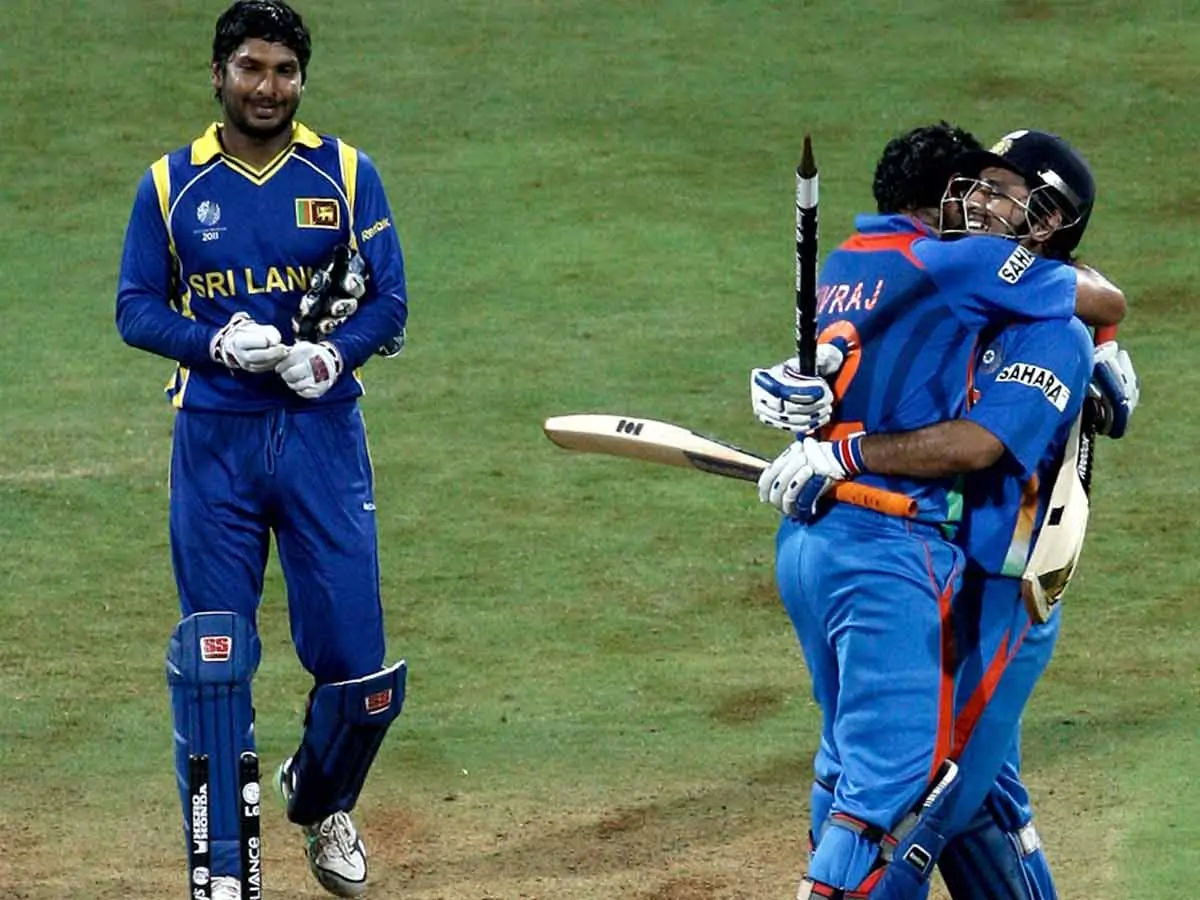 Every player had different thoughts about the victory. However, everyone was clear about one thing- "We did it for Sachin."