Tracing The Roots of Ayurveda and Its Origin In India

Ayurveda is a medicine system that finds its roots in India. It is one of the oldest medicine systems in the world, with little clarity about the exact date of its origin. While Ayurveda is believed to be more than 5,000 years old, it is said that the origin of Ayurveda can be directly linked to God Brahma, the creator of human civilization. It was an integral part of the Vedic civilization. The holy Vedas are the source of knowledge of Ayurveda. Atharva Veda is the Veda that contains detailed information about Ayurveda. Ayurveda finds many historical and mythological references. As per the historical records, Indian sages have been practicing Ayurveda since as early as the 2nd century BC. Not only India but the entire Indian sub-continent also had the influence of Ayurveda.

The earliest origin of Ayurveda can be traced back to Vaisheshika, an ancient school of Hindu philosophical teachings, and the Nyaya, the school of logic. These two schools of thought govern the principles of Ayurveda. 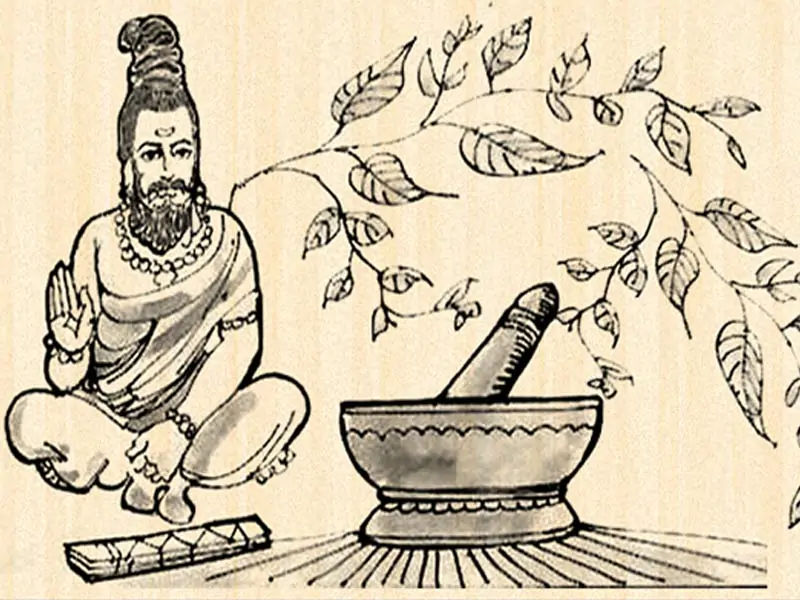 As per Vaisheshika, any object can be attributed into 6 types:

If we go by the Hindu mythology, Ayurveda was passed on to human sages by Lord Brahma himself for the well-being of humans. Ayurveda is not just an integral part of India but the Hindu religion as well.

Ayurveda was developed in India around 1500 to 1000 BC. It was developed during the same period as the Chinese medicine system. During this period, two schools of medicine- Atreya (school of the physicians) and Dhanvantari (school of the surgeons), were found. The credit for extracting the knowledge of Ayurveda from Atharva Veda goes to Agnivesha. The systematic information of Ayurveda was further edited by Charaka, and the collection is known as Charak Samhita. It contains all the knowledge related to every aspect of Ayurveda.

Another equally important compilation of Ayurvedic knowledge is the Sushruta Samhita. Sushruta Samhita contains all the knowledge of modern practices like surgery. Sushruta is believed to have performed the first-ever surgery. He is regarded as the father of surgery in India. Charaka and Sushruta remain to be the most important names in the history of Ayurveda to date.  Other very important compilations related to the knowledge of Ayurveda are Ashtanga Sangraha and Ashtanga Hrudayam. These two compilations are the work of Vridha Vagbhata, a disciple of Charaka. These compilations talk about the methods of treating diseases both the surgical way and without using any hard procedure.

Ashtanga is classified into 8 categories that talk about different aspects of Ayurveda in detail. These categories are: 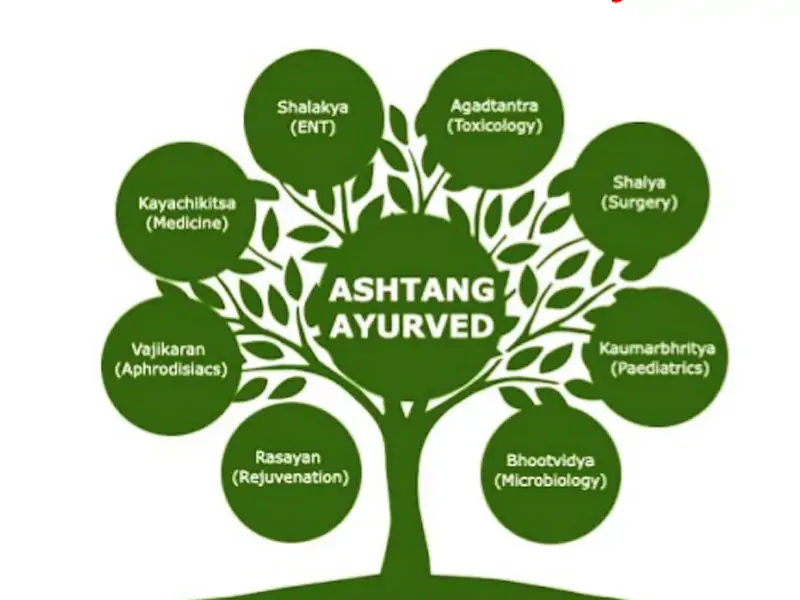 Ayurveda continued to have several developments as time passed. A lot of informative texts related to Ayurveda were compiled between 800 BCE and 1000 BCE. This is referred to as the golden period for Ayurveda. Ayurvedic practices became so popular during this period that it was spread from India to different parts of the world, including Greece, Egypt, the Roman empire, China, Persia, Tibet, and even the Arab world. The medicine systems that he heard about in different cultures are greatly influenced by Ayurvedic knowledge. 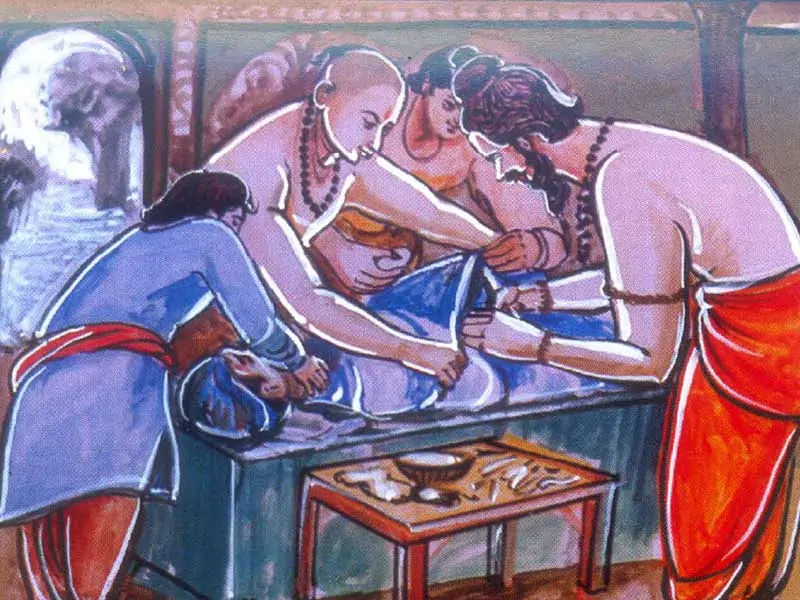 In 1100 BCE, Madhavacharya wrote another important book on Ayurveda. It was titled Madhava Nidana. It was written around the practices and medicines used for treating diseases of women, children, diseases of the ear, nose, and throat, and toxicology. Sarangdhar Samhita and the Bhavaprakasham are other important Ayurvedic texts that were written during that period.  Sarangdhar Samhita was written by Acharya Sharangdhara in around 1300 CE, whereas Bhavaprakasham was written by Bhava Mishra in around 1500 CE. These ayurvedic texts were limited to the treatment of diseases in humans and talked about different medicinal characteristics of minerals, plants, and food.

Bhava Mishra also discussed a disease called Phiranga rog which was an Indian name for Syphilis. The ancient ayurvedic studies were so modern in their approach that they discussed practices like the enlargement of the spleen and liver. Bhava Mishra also wrote about preparing Opium (Ahiphena), Camphor, and Parasika Yavani.  It is safe to say that Bhava Mishra is among the most popular names in the history of Ayurveda. Bhava Mishra suggested in his writings that new diseases will keep on emerging, and there needs to be an approach of openness and wider acceptance to new methods to treat these diseases.

The influence of Ayurveda started declining only after the foreign invasion in India, first by the Afghans, Turks, Mughals, and then the British. However, Ayurveda is still practiced in different parts of India.